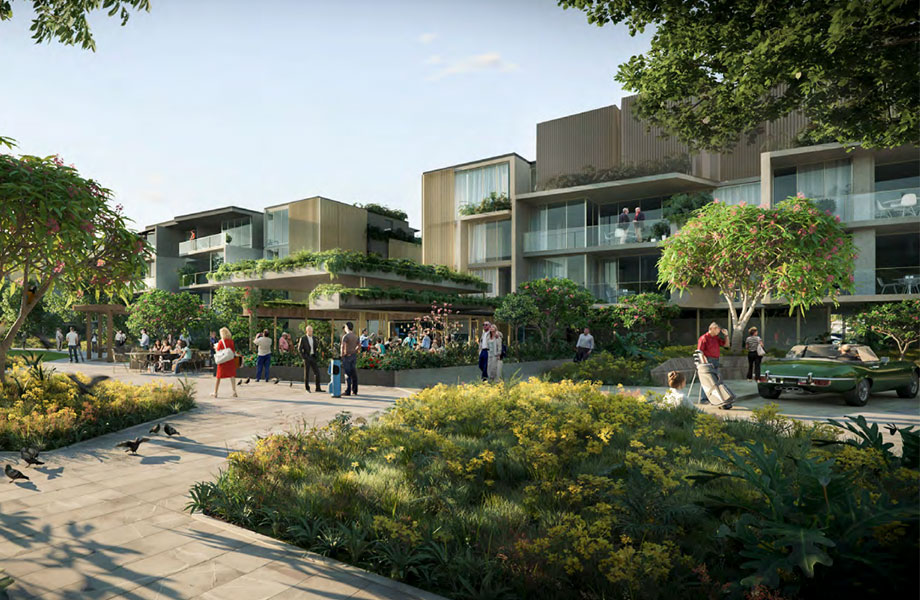 The proposal has been planned alongside a minor re-routing of the existing course which “improves golf play” and has agreed upon by club members.

The masterplan scheme, designed by Cox Architecture, involves four five-storey buildings with a gross floor area of 27,007sq m will now move forward over two stages with 99 units planned for the first phase and 116 to be built in the second.

A range of unit types will be provided for retirees ranging from 1 to 3 bedrooms in addition to bespoke penthouse units.

Private open space will be provided in the form of balconies for each unit which all four buildings will feature its own roof top terrace and communal space.

Council were adamant that the application had met strict flooding and traffic requirements based on the sites location.

Indooroopilly Golf Club was one of the worst affected golf clubs in the January 2011 floods. About 60 per cent of the course was inundated.

As seen in the Source link, written by couriermail.com.au on END_OF_DOCUMENT_TOKEN_TO_BE_REPLACED

As seen in the Source link, written by realestatesource.com.au on END_OF_DOCUMENT_TOKEN_TO_BE_REPLACED

As seen in the Source link, written by realestatesource.com.au on END_OF_DOCUMENT_TOKEN_TO_BE_REPLACED

As seen in the Source link, written by realestatesource.com.au on END_OF_DOCUMENT_TOKEN_TO_BE_REPLACED