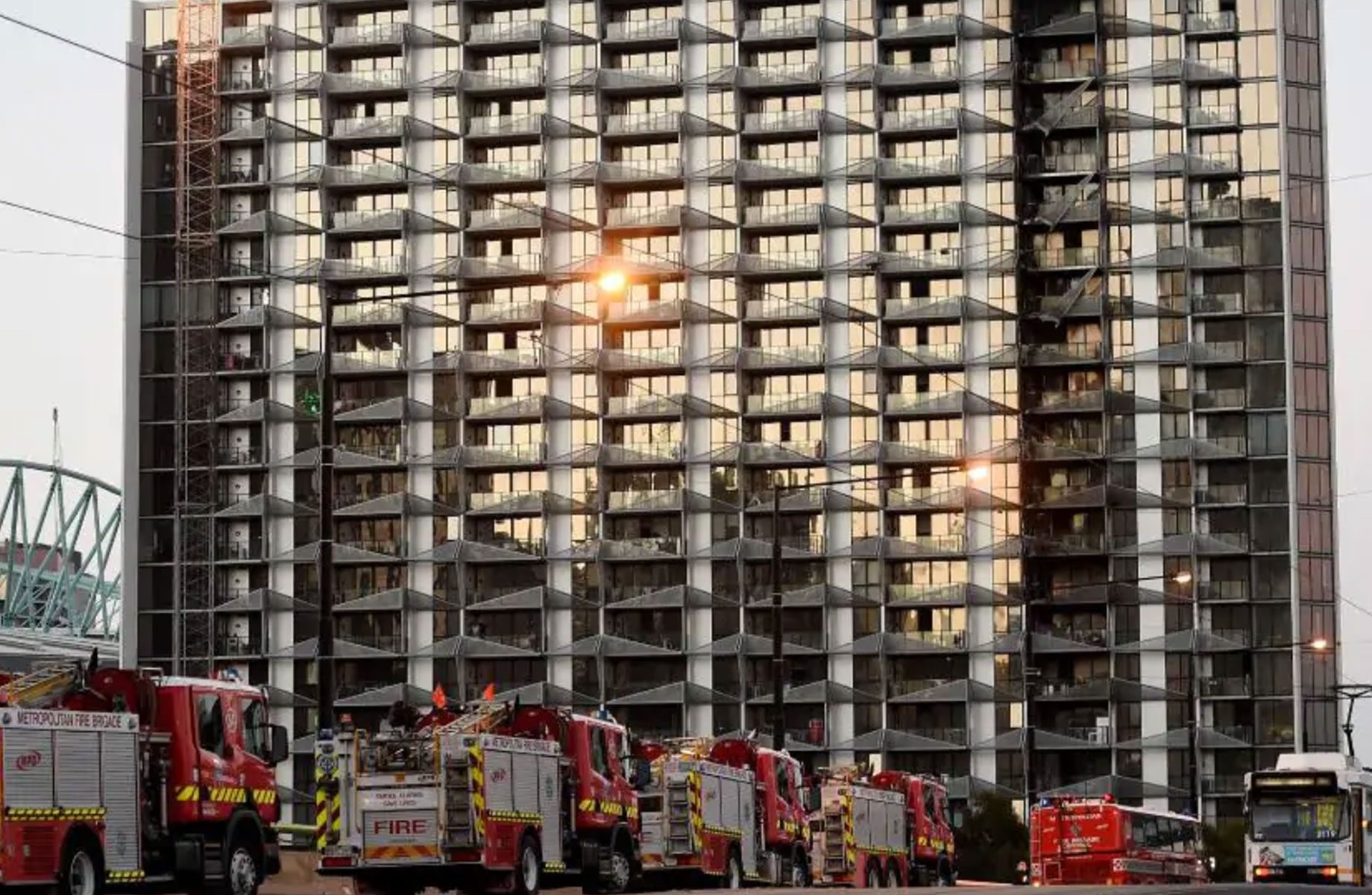 The Lacrosse tower fire, which was ignited by a cigarette left on a balcony, resulted in millions of dollars of damage to the 21-storey Docklands building in 2014.

The flames took hold on the outside of the building, and fuelled by flammable cladding, the fire had reached the tower’s roof in just 11 minutes.

Following the blaze, the owners of apartments in the tower launched a lawsuit against the tower’s builder Lu Simon.

The remaining three per cent will be settled by Lu Simon.

The cost of replacing non-compliant cladding is still being negotiated.

Justice Woodward will announce final orders, including on costs, next week.

While nobody died in the 2014 fire, news of the incident sparked concerns over the use of cladding in construction.

The cladding or combustible aluminium composite panels had a core containing polyethylene (“ACPs”) which were located on the east and west façades of the Lacrosse tower.

The announcement, at the commonwealth building ministers’ forum in ­Hobart, comes after the 40-storey Neo200 apartment tower, covered in flammable cladding caught fire.

As seen in the Source link, written by couriermail.com.au on END_OF_DOCUMENT_TOKEN_TO_BE_REPLACED

As seen in the Source link, written by realestatesource.com.au on END_OF_DOCUMENT_TOKEN_TO_BE_REPLACED

As seen in the Source link, written by realestatesource.com.au on END_OF_DOCUMENT_TOKEN_TO_BE_REPLACED

As seen in the Source link, written by realestatesource.com.au on END_OF_DOCUMENT_TOKEN_TO_BE_REPLACED