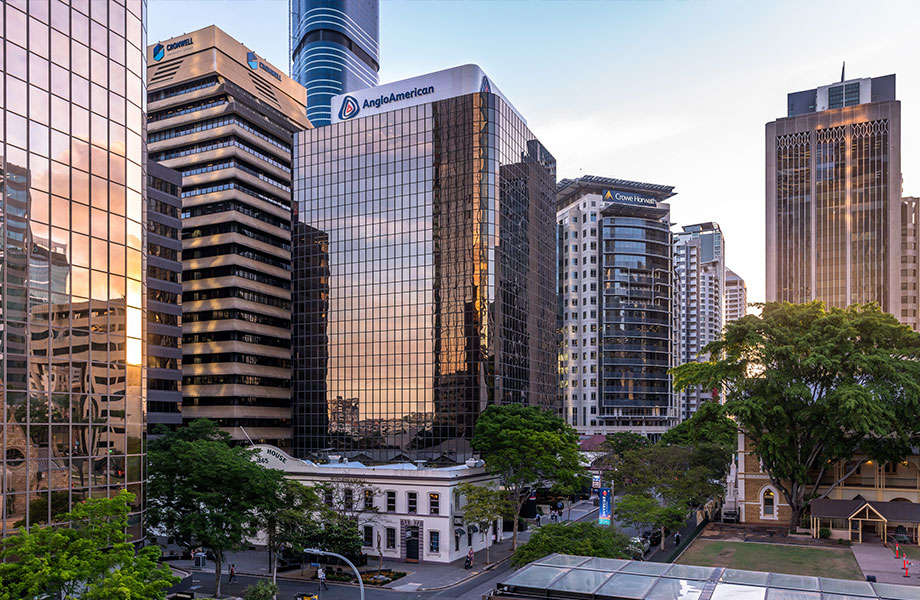 The A-grade office tower sits on a 1,839sq m site, providing 13,291sq m of net lettable area, and could garner interest for more than $130 million.

Justin Bond of Knight Frank and Flint Davidson of CBRE have been appointed to market the property, the duo say anchor tenant Anglo American have recommitted to the building until 2028.

“One of the attractions of 201 Charlotte Street is its anchor tenant, Anglo American, which is the third largest metallurgical coal mining company in the world, with a market capitalisation in excess of $40 billion,” Bond said.

Davidson said the property sits in proximity to all major CBD infrastructure projects in Brisbane, with $12.8 billion in developments located within a one-kilometre radius.

“And while demand has been particularly strong from overseas investors, we have seen a significant increase in cross-border capital, and yields have continued to tighten across the market,” he said.

Given strong fundamentals Bond expects Brisbane will continue to draw the attention of investors during 2019.

Other recent Brisbane CBD transactions include the $52.25 million sale of 293 Queen Street to US property giant LaSalle in December.

Rockworth Capital Partners purchased a 17- storey office tower at 100 Edward Street, within the golden triangle, for $60 million in an off-market deal last August.

As seen in the Source link, written by couriermail.com.au on END_OF_DOCUMENT_TOKEN_TO_BE_REPLACED

As seen in the Source link, written by realestatesource.com.au on END_OF_DOCUMENT_TOKEN_TO_BE_REPLACED

As seen in the Source link, written by realestatesource.com.au on END_OF_DOCUMENT_TOKEN_TO_BE_REPLACED

As seen in the Source link, written by realestatesource.com.au on END_OF_DOCUMENT_TOKEN_TO_BE_REPLACED

As seen in the Source link, written by theurbandeveloper.com on END_OF_DOCUMENT_TOKEN_TO_BE_REPLACED