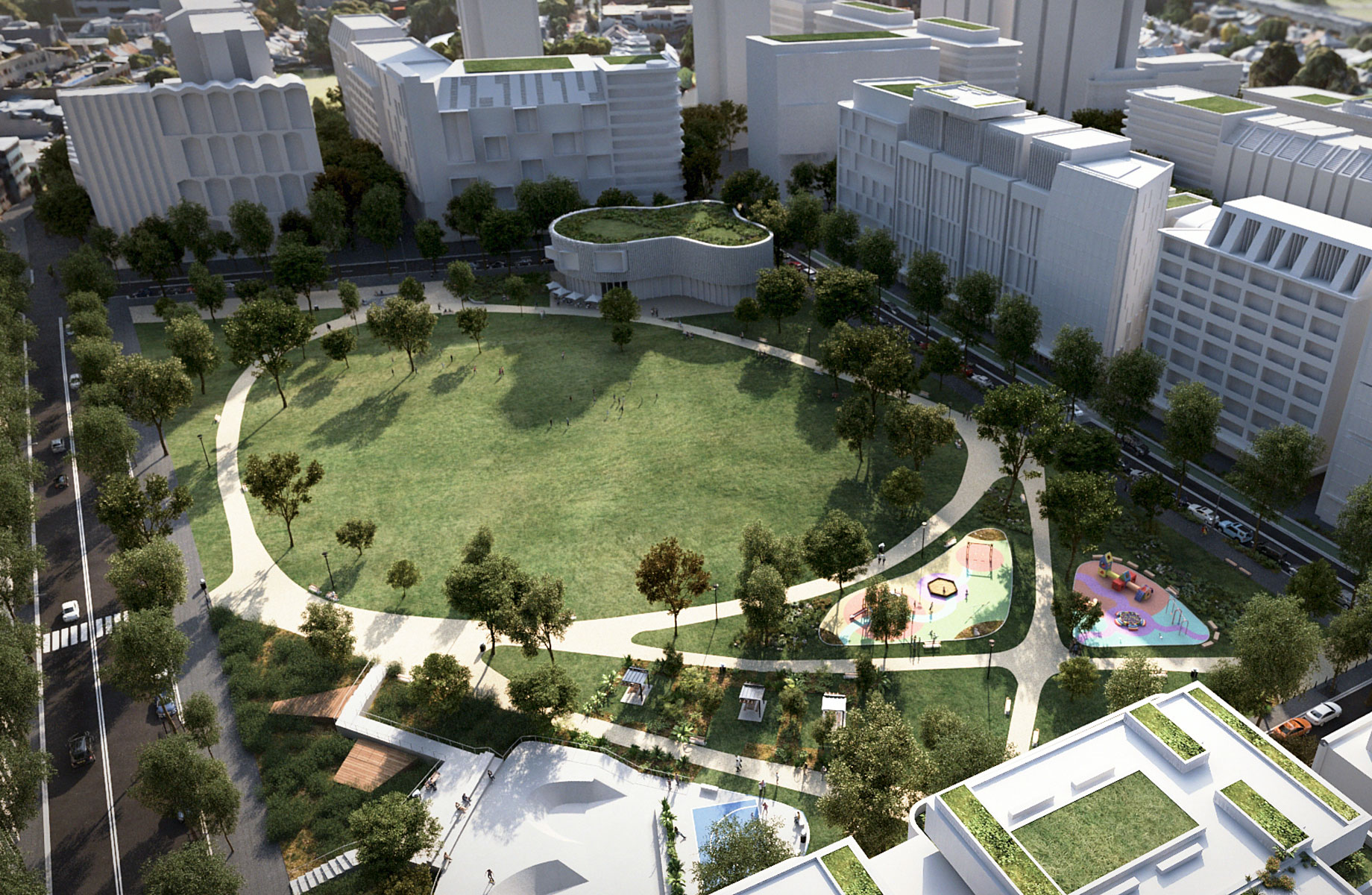 The council has now countered the controversial masterplan, unveiling a lower-density proposal for 5,300 homes at the 19-hectare site, which is owned by the state government.

The council’s plan would also see a significant reduction in the height of new towers compared to the government’s concept, which outlaid seven 40-storey and twelve 32-storey buildings within a 20 hectare precinct.

Council plans will also retain the two 30-storey Matavai and Turanga towers, with new buildings recommended to be between seven to nine storeys, with 12 to 13 storeys around a major park, and four storey buildings interspersed throughout.

It includes 45 per cent for social housing and affordable housing, a significant increase on the government’s proposal for 35 per cent.

A significantly larger park would be the centrepiece of the precinct, occupying 2.2 hectares.

Moore said the city’s plan for lower buildings, wider streets and one large park would allow more natural light and ventilation in units and be more in-line with accepted urban design principles.

“It’s almost impossible trying to find anywhere on earth where a Government has proactively planned to build a residential neighbourhood as dense as this Government is planning for Waterloo,” Moore said.

“The NSW Government has a choice – use this once in a generational opportunity to create the kind of place where people will want to live and spend time in, or build a future ghetto of tall towers and overshadowed and unsafe public areas.”

Councillors will debate the rival plan at an extraordinary council meeting on Monday night.

If approved, the proposal will be discussed at a town hall meeting at Alexandria Wednesday 6 March.

As seen in the Source link, written by couriermail.com.au on END_OF_DOCUMENT_TOKEN_TO_BE_REPLACED

As seen in the Source link, written by realestatesource.com.au on END_OF_DOCUMENT_TOKEN_TO_BE_REPLACED

As seen in the Source link, written by realestatesource.com.au on END_OF_DOCUMENT_TOKEN_TO_BE_REPLACED

As seen in the Source link, written by realestatesource.com.au on END_OF_DOCUMENT_TOKEN_TO_BE_REPLACED