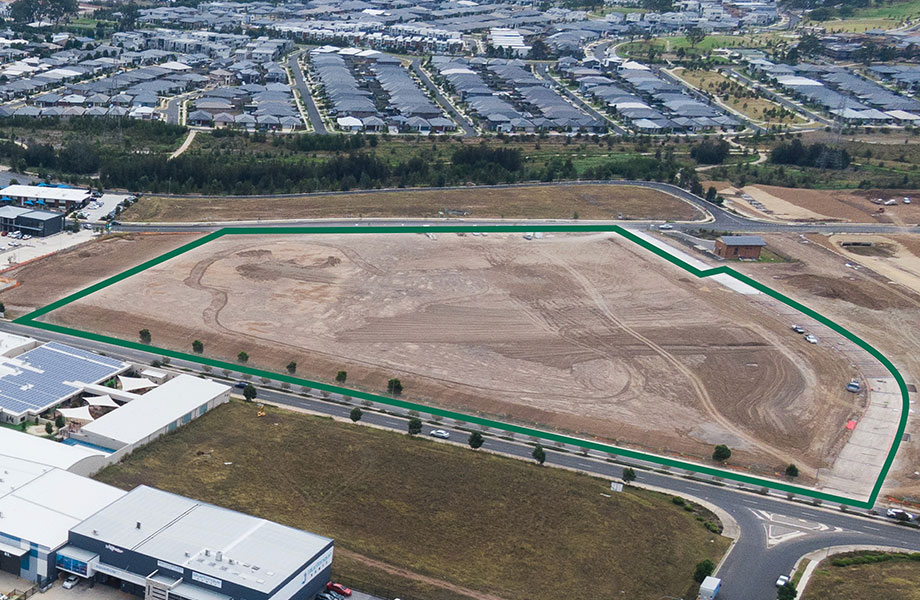 A 41,000sq m landholding with a development permit in place for a large format retail centre has hit the market in Sydney’s south west with price expectations of more than $20 million.

Retail sales experienced the second strongest year on record last year, as the divestment of non-core retail assets by some of Australia’s biggest players creates headwinds in the sector.

The site, The Precinct at Gregory Hills, comes with an existing DA for a mixed-use project which could incorporate retail premises, food and drink offerings along with and recreation facilities within the 30-hectare masterplanned development of Gregory Hills Corporate Park.

Vines described the landholding — its scale, location and development approval, as “extremely rare” to come the market.

“Which will fuel strong buyer interest from owner occupiers, industrial and retail developers.

“While the site has an existing DA in place for a large format retail centre, the flexible B5 zoning, coupled with the strength of the industrial market, will also attract interest from developers and investors that will value in other uses.”

It is forecast that 20,000 dwellings would be built within a three-kilometre radius of the Gregory Hills Corporate Park over the next five years, Location IQ data shows.

As seen in the Source link, written by couriermail.com.au on END_OF_DOCUMENT_TOKEN_TO_BE_REPLACED

As seen in the Source link, written by realestatesource.com.au on END_OF_DOCUMENT_TOKEN_TO_BE_REPLACED

As seen in the Source link, written by realestatesource.com.au on END_OF_DOCUMENT_TOKEN_TO_BE_REPLACED

As seen in the Source link, written by realestatesource.com.au on END_OF_DOCUMENT_TOKEN_TO_BE_REPLACED