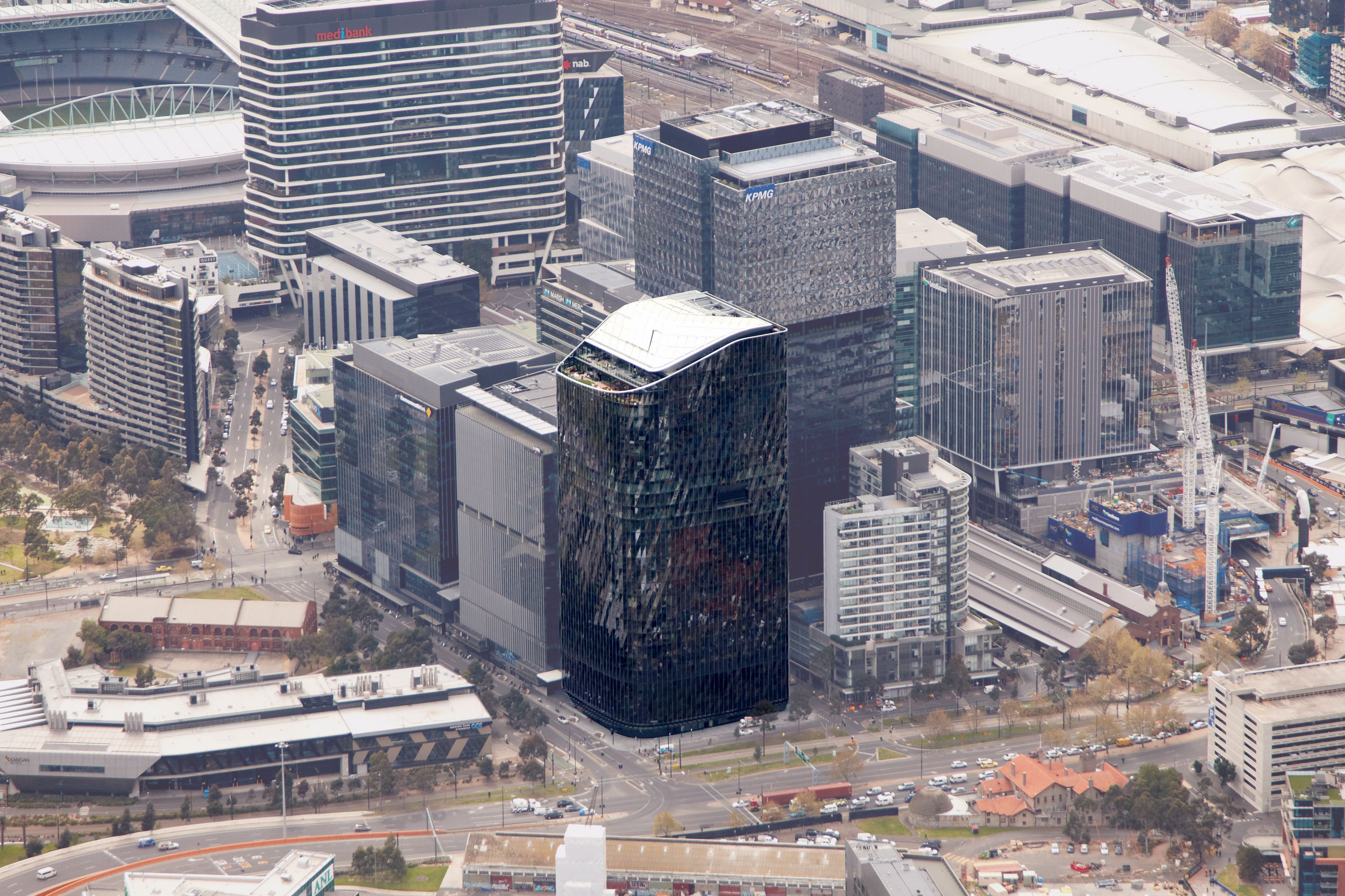 The main concern resided around the tower’s location above a seven-level operational commercial carpark and close proximity to Collins Square Tower 4.

“The smooth delivery of this major project is a reflection of our on-going collaboration with Walker Corporation, which has seen Multiplex deliver the last four towers at Collins Square,” Cottam said.

The Collins Square precinct was developed in close collaboration with the Victorian Government, with first two towers reaching completion in 2012, followed by the third and fourth towers in 2014.

The precinct boasts the highest concentration of environmentally sustainable buildings in the Southern Hemisphere, holding a Green Star Design and As Built v3 Rating as well as a minimum NABERS Energy 5 Star Rating.

As seen in the Source link, written by couriermail.com.au on END_OF_DOCUMENT_TOKEN_TO_BE_REPLACED

As seen in the Source link, written by realestatesource.com.au on END_OF_DOCUMENT_TOKEN_TO_BE_REPLACED

As seen in the Source link, written by realestatesource.com.au on END_OF_DOCUMENT_TOKEN_TO_BE_REPLACED

As seen in the Source link, written by realestatesource.com.au on END_OF_DOCUMENT_TOKEN_TO_BE_REPLACED