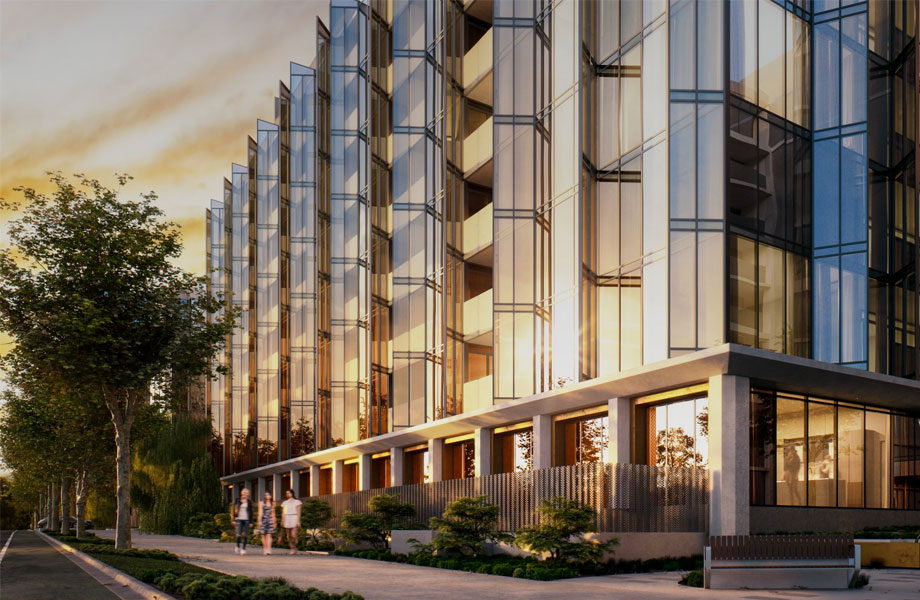 Despite working almost exclusively in Canberra, 12-year-old Geocon has grown to become the fourth largest residential multi-unit developer in Australia.

The developer purchased the Reid site at auction for $38.5 million in mid-2017 in a bid to take advantage of its strategic position alongside the new light rail network connecting Canberra’s northern suburbs with the city and Wooden in the city’s south.

“Our city development is a huge undertaking, but one which will transform the city, creating an urban oasis which locals will be proud of for generations to come,” Geocon managing director Nick Georgalis said.

Metropol tower, the precinct’s centrepiece, will include 280 apartments and more than 2,000sq m of commercial space.

“Over the counter sales for our city development have been nothing short of mind blowing,” Georgalis said.

“We are about to go below 100 units available across all three buildings, before construction has even begun. The non-stop, insatiable demand for this product is difficult to comprehend, but it just keeps improving every week.”

The Cooyong Street precinct, scheduled to start on June 30 and be completed by mid-2021, is part of Geocon’s ever-expanding suite of projects, which includes developments in every town centre.

In August, Geocon plans to release its 255-apartment Braddon project Midnight, which will also feature a luxury hotel and commercial space, in the centre of Canberra.

As seen in the Source link, written by couriermail.com.au on END_OF_DOCUMENT_TOKEN_TO_BE_REPLACED

As seen in the Source link, written by realestatesource.com.au on END_OF_DOCUMENT_TOKEN_TO_BE_REPLACED

As seen in the Source link, written by realestatesource.com.au on END_OF_DOCUMENT_TOKEN_TO_BE_REPLACED

As seen in the Source link, written by realestatesource.com.au on END_OF_DOCUMENT_TOKEN_TO_BE_REPLACED