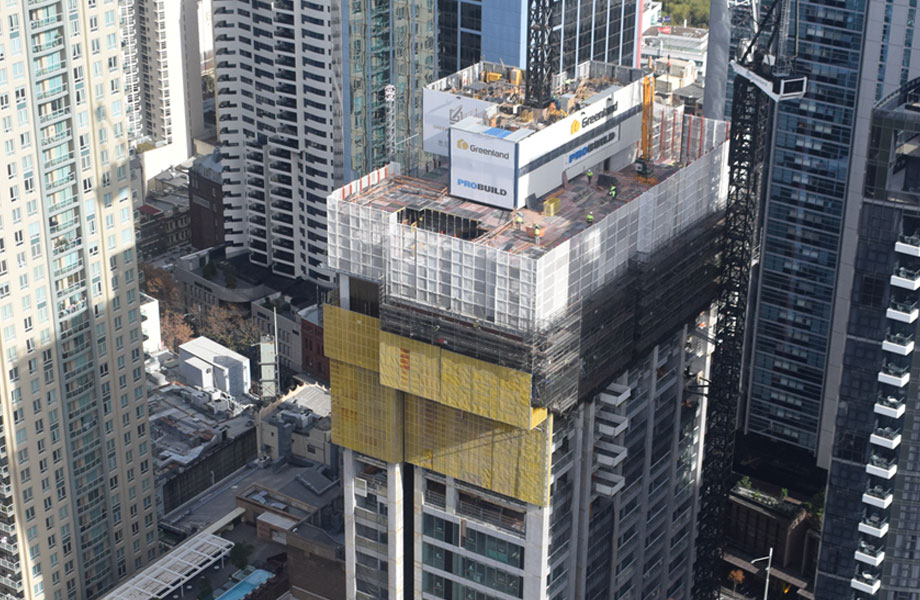 Strengthening sales in Sydney’s prime off-the-plan apartment market may have prompted the redesign, with four recent $40 million-plus penthouse sales at One Barangaroo adding to the reported $100 million price tag for the building’s top penthouse.

Sydney’s high-end market recorded 2.4 per cent price growth over the 12 months to March, according to Knight Frank’s prime market index.

Luo said sales of the apartments have been strong from the beginning.

“We will also be launching a newly-designed king penthouse later this year and expect great interest in that.”

The penthouse redesign will not be done by original architects BVN and Woods Bagot, but another designer yet to be named.

Greenland acquired the former Sydney Water Board site in 2013 for $113 million, submitting plans for the ambitious tower and tapping Multiplex to build it.

After Greenland and Multiplex parted ways, contractor Probuild nabbed the new contract, commencing demolition at the site in 2017. The $700 million skyscraper is designed by architecture firms BVN and Woods Bagot.

As seen in the Source link, written by couriermail.com.au on END_OF_DOCUMENT_TOKEN_TO_BE_REPLACED

As seen in the Source link, written by realestatesource.com.au on END_OF_DOCUMENT_TOKEN_TO_BE_REPLACED

As seen in the Source link, written by realestatesource.com.au on END_OF_DOCUMENT_TOKEN_TO_BE_REPLACED

As seen in the Source link, written by realestatesource.com.au on END_OF_DOCUMENT_TOKEN_TO_BE_REPLACED