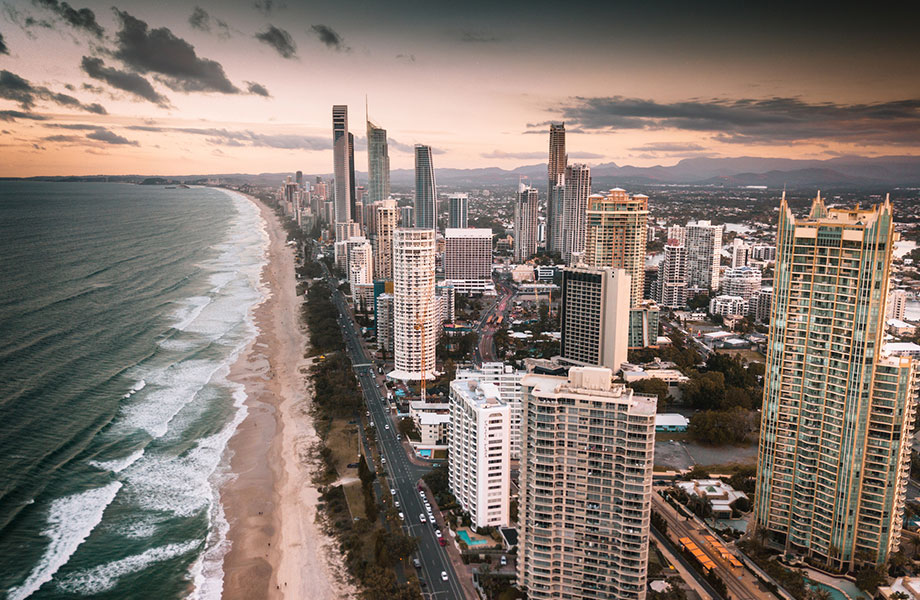 Investment activity in the Gold Coast office market was subdued in 2018 with few assets on offer, although Knight Frank expects the tide to change this year with around $90 million in assets hitting the market in 2019’s first quarter.

The office investment market on the Gold Coast, Australia’s sixth largest city, has traditionally been dominated by private investors and syndicators given the relatively smaller investment scale.

But as confidence builds with a higher level of tenant demand and the depth of the market, Knight Frank’s Mark Witheriff says the region is “likely to appear on the radar for a greater swathe of investors”.

Sustained population growth is forecast to average two per cent per annum over the 25 year period from 2016 to 2041, with the majority of growth to come from both internal and overseas migration attracted to lifestyle and educational opportunities, according to Knight Frank’s Gold Coast office market overview.

While tenant demand in the Gold Coast office market has been dominated by local businesses, Knight Frank’s Tania Moore said there’s a growing core of larger corporates with branch or head offices located in the region.

“With only 37,500sq m of supply added to the Gold Coast market over the past 10 years (9 per cent growth in the stock base) there is a relatively small pool of modern assets which can handle the higher employee densities required for major corporate branch offices, processing centres and call centres.”

The research found supply remains low but pre-committed new construction was beginning such as the recently acquired Acuity Business Park, snapped up by Alceon last month for $7 million from the Gold Coast City Council, which plans to kick off construction.

Knight Frank’s Jennelle Wilson says the supply of new office space across the core Gold Coast precincts stalled during 2018 with only 2,744sq m of refurbished space returning to the market.

“Supply is expected to remain small, sporadic and pre-commitment driven in the medium term.”

Total vacancy for the Gold Coast office market is 11.6 per cent, this after hitting 12 per cent mid last year.

“Despite the vacancy rate on the Gold Coast stalling at double figures, rental growth is well entrenched due to the relatively low number of quality options available, with prime effective rental growth of 5.9 per cent year-on-year recorded,” Wilson said.

As seen in the Source link, written by couriermail.com.au on END_OF_DOCUMENT_TOKEN_TO_BE_REPLACED

As seen in the Source link, written by realestatesource.com.au on END_OF_DOCUMENT_TOKEN_TO_BE_REPLACED

As seen in the Source link, written by realestatesource.com.au on END_OF_DOCUMENT_TOKEN_TO_BE_REPLACED

As seen in the Source link, written by realestatesource.com.au on END_OF_DOCUMENT_TOKEN_TO_BE_REPLACED