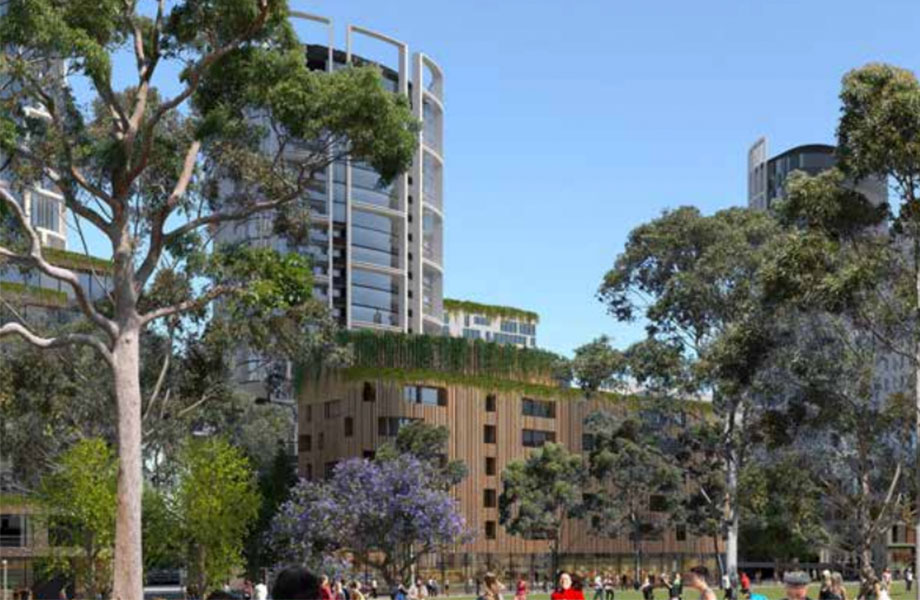 City of Sydney Lord Mayor Clover Moore has expressed her dismay at recently renewed plans for 6,800 new homes to be built in an area to the east of a new metro station at Waterloo.

The development, part of the government’s “communities plus” program, in which private housing is built on public land to fund the upgrade or replacement of public housing will include 35 per cent social and affordable housing.

The 20-hectare Waterloo precinct sits 3 kilometres south of Sydney’s CBD and includes large swathes of government-owned land, including the Waterloo Metro Quarter and the Waterloo Estate.

Lord Mayor Clover Moore, who has called for local residents and businesses to meet and discuss the future of Waterloo, said the NSW government’s concept plans for Waterloo were “gross overdevelopment”.

Under the proposal, which would create one of the densest conglomerations of development in the country, about 6,800 homes would be built in an area to the east of a new metro station at Waterloo, and 700 to be built above the station itself.

Only 70 of the 700 apartments to be built above the station will be set aside for social housing, and 35 for affordable rental units.

“The NSW government’s proposal is little more than a glossy brochure and a press release.

“It provides few details, and the artist’s impressions obscure the terrible outcomes this plan will produce for the public,” Moore said.

“Of the 4,788 additional dwellings proposed on the Waterloo Estate, the redevelopment will only provide an extra 28 homes for social housing tenants.”

More argues that up to 4,300 extra vehicles would be added to an already dense and congested area with 3,850 car parking spaces planned for Waterloo Estate and 427 spaces for the Metro Quarter.

“Residents in Waterloo are telling me they are deeply distressed and concerned,” the Lord Mayor said.

“The government’s so-called community ‘consultation’ has lacked any proper detail and ignored the impacts.

“We’re holding a public meeting to discuss the government’s proposal with all concerned Waterloo residents and businesses.”

“We need to find a better way forward.”

As seen in the Source link, written by couriermail.com.au on END_OF_DOCUMENT_TOKEN_TO_BE_REPLACED

As seen in the Source link, written by realestatesource.com.au on END_OF_DOCUMENT_TOKEN_TO_BE_REPLACED

As seen in the Source link, written by realestatesource.com.au on END_OF_DOCUMENT_TOKEN_TO_BE_REPLACED

As seen in the Source link, written by realestatesource.com.au on END_OF_DOCUMENT_TOKEN_TO_BE_REPLACED