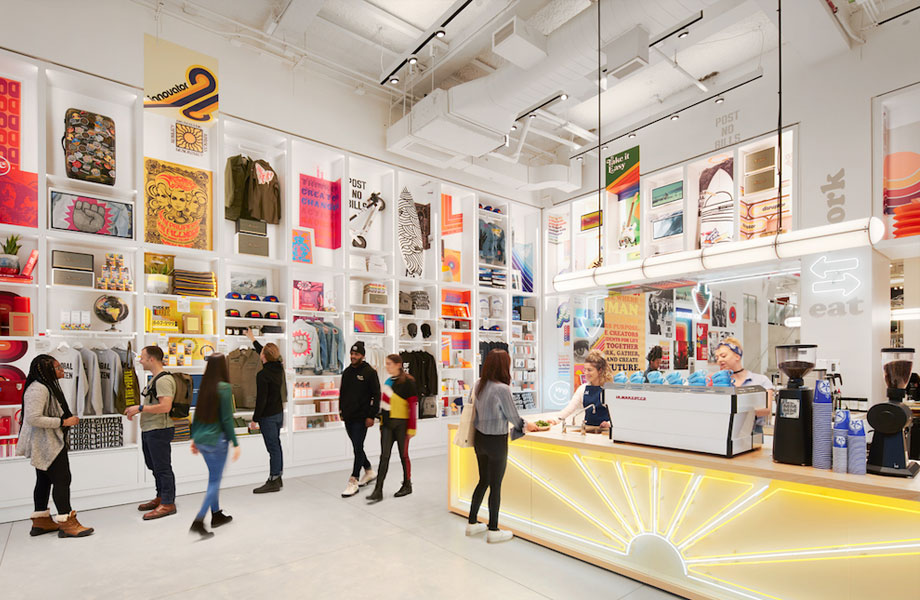 Bluestone Lane, which began as a hole-in-the-wall location in Midtown six years ago and has grown to include 35 locations across the United States, all influenced by Melbourne’s coffee culture.

“Like The We Company, Bluestone Lane was born with a vision to bring people together and build human connection,” Bluestone Lane founder Nick Stone said.

The announcement comes in the wake of WeWork’s expansion plans, including a rebranding on the back of its latest funding round.

Earlier this month the company secured $2.8 billion in new funding from Japan’s SoftBank.

“Everything we do at The We Company, from the spaces we curate to the service offerings we provide, is intended to create meaningful human connections,” WeWork partner Julie Rice said.

“Made by We was launched with a vision to connect the We community with the rest of the world, and provide people with the best on-demand workspace, services, and products, no membership required.”

The co-working space provider has been increasingly active in the Australian market, recently securing a 12-year lease at the ANZ tower in Sydney’s CBD.

The deal marked WeWork’s eighth Sydney location, with five active locations and a further three planned, as the co-working space provider continues to capitalises on solid demand for office space.

The company also inked a deal with Daisho Properties, taking out a lease at 310 Edward Street right opposite Brisbane’s Central Station.

As seen in the Source link, written by couriermail.com.au on END_OF_DOCUMENT_TOKEN_TO_BE_REPLACED

As seen in the Source link, written by realestatesource.com.au on END_OF_DOCUMENT_TOKEN_TO_BE_REPLACED

As seen in the Source link, written by realestatesource.com.au on END_OF_DOCUMENT_TOKEN_TO_BE_REPLACED

As seen in the Source link, written by realestatesource.com.au on END_OF_DOCUMENT_TOKEN_TO_BE_REPLACED

As seen in the Source link, written by theurbandeveloper.com on END_OF_DOCUMENT_TOKEN_TO_BE_REPLACED